Asian stocks sank on Monday amid fears of a potential collapse of the beleaguered Chinese real estate company Evergrande could lead to a wave of defaults in China’s bloated housing market that could extend from the second-largest economy to the rest of the world. The company must pay this week interests on loans and bonds and experts fear it will not be able to honour creditors.

The company, one of the largest housing promoters in China and the world, has admitted it has problems meeting its debts and obligations, which are estimated to add up to 300 billion dollars.

The Hong Kong stock exchange was down 3,3%, while Evergrande stocks lost 19% and ended trading down 10%. Similar real estate companies New World Development lost 12,3% and Henderson Land, 13,2%, while the Real Estate Hang Seng index slipped over 6%, the worst since May 2020.

According to analysts falls will continue, unless Chinese leaders send a clear message regarding Evergrande or lighten restrictions on the real estate market. Despite the growing situation the government must intervene to avoid Evergrande from collapsing, plus contagion fears to another world market.

Some analysts go further and anticipate that the collapse of the Chinese mega real estate conglomerate could be equivalent to the Lehman Brothers 2008 bankruptcy, which led to the global financial crisis of 2008.

Evergrande’s debt burden is the largest of any developing company or real estate group in any stock market of the world. As a consequence on Monday Wall Street indexes, Dow-Jones, S&P 500 and Nasdaq were in the red as happened with most European markets. The offshore Chinese Yuan fell to three-week lows, while the US dollar rose as investors sought a haven amid the uncertainty. Mainland Chinese markets were closed for a public holiday.

Contagion risks from the Evergrande meltdown are the prime cause of today’s sell-off, said Markets.com analyst Neil Wilson. It is a major cause for investor concern right now and we may see further losses.

Evergrande … appears to be teetering on the precipice with concerns about contagion from the situation infecting the wider economy in China, said AJ Bell analyst Russ Mould. Any downturn in China would have significant implications for commodities demand given its status as the world’s largest consumer of many minerals and metals.

The [Evergrande] stock will continue to fall, because there’s not yet a solution that appears to be helping the company to ease its liquidity stress, and there are still so many uncertainties about what the company will do in case of a restructuring, Kington Lin, managing director of Asset Management Department at Canfield Securities Limited said.

The company is due to pay US$ 83.5 million interest on Thursday for its March 2022 bond and another US$ 47.5 million interest payment due on September 29 for March 2024 bonds. Both bonds would default if the real estate group fails to settle the interest within 30 days of the scheduled payment dates.

Evergrande said on Sunday it has begun repaying investors in its wealth management products with real estate, and Chinese authorities have told major creditors to extend interest payments or rollover loans.

Evergrande was started in 1990 and grew frenetically during the real estate boom in China, mostly by acquiring debt. But the situation has been aggravated by Beijing’s rules to cool the market, one of which is banning the sale of housing before they are finished, which was how the mega Evergrande business worked. 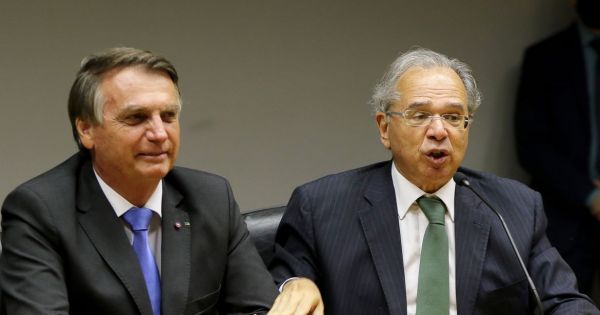