RSVP for free at events.latimes.com/festivalofbooks

Back in 2007, Stephen Graham Jones went hunting and came home with a big cow elk. He made his prey a promise. “Whenever I take an animal on the field,” he says, “I tell them they’re gonna feed my family, that this wasn’t just for sport, that I’m not going to waste any of them.” But when he moved from West Texas to Colorado a few months later, Jones couldn’t take a freezer full of elk meat with him. Instead, he walked up and down his street giving it away and for the next several years he found himself wondering if any of his neighbors discarded that meat — if he’d broken his promise to that elk after all.

Then one day in 2016, he climbed a ladder to check out an erratic spotlight in his living room and peered down at the whirring ceiling fan. “I looked through the blades and started thinking how fast film cells have to go to create a moving picture, 26 frames per second or whatever it is. What if the fan blades were going at precisely that speed? What would I see through them?” The thought collided with his residual hunter’s anxiety and the result was the germ of “The Only Good Indians.” Whatever became of the elk’s meat, Jones — not just a hunter, but a renowned, decorated, bestselling writer — made sure it did not die in vain.

Jones is one of five finalists for the Ray Bradbury Prize for Science Fiction, Fantasy & Speculative Fiction, a new L.A. Times Book Prize with only one previous winner (Marlon James, for his 2019 fantasy epic “Black Leopard, Red Wolf”). I spoke to him on the phone about “The Only Good Indians,” a supernatural revenge thriller that is both fantastical and speculative, but also a ripping good horror novel. It follows a ruthless avenging elk spirit in her bloodthirsty pursuit of the four Blackfeet men who slaughtered her, along with her herd and her unborn calf, in an illegal hunt 10 years earlier.

Jones is staggeringly prolific with more than 25 books to his name, and he has worked in multiple genres, often simultaneously. He won the Texas Institute of Letters Award for Fiction for 2005’s “Bleed Into Me,” a literary short story collection, as well as the Bram Stoker Award for Long Fiction for 2017’s “Mapping the Interior,” a haunted house story about a 12-year-old boy who’s lost his father. He’s written works that can be classified as crime fiction, science fiction and fantasy.

Yet Jones keeps coming back to horror, which he finds uniquely fascinating: “When I read a romance book I’m signing a contract with the writer that I’m gonna feel this big rush of great emotion at the end. If I read a spy novel, I’m signed up for the intrigue, the action, the peril. But I think when people read horror they read it in a different way — you read it while looking for the zippers on the monster’s costume. You have your defenses up because you don’t want it to get to you, so you look for the errors, the poor lines, the hard-to-buy-into lore, whatever can count as a ‘zipper,’ and you tell yourself it’s all fake, that you don’t have to be scared … until two in the morning when you’re going down the hallway for a glass of water and the book comes alive and you feel things you maybe don’t want to be feeling right then.”

“The Only Good Indians” has this power. It ripples with haunting imagery and what’s worse, Jones doesn’t do us the courtesy of showing his zippers. The novel is built around a supernatural slasher, but even at its most sensational, it feels ensnarled in the real world. Jones says he uses the supernatural as “an economizer, a fast-forward button,” an efficient, compelling narrative device.

There is nothing sad or quiet about a killer elk but she isn’t pure demon evil, either. Jones’ sympathies are divided between his slasher and her victims, four close friends who have built full lives on and off the reservation. “I remember in my 30s, I spent a lot of time feeling guilty for stuff I’d done in my 20s,” says Jones, “and that’s what these guys are — they’re in their 30s. Should we have to pay for those things we did when we were 22? Do we ever do enough to overcome the wrong we did back then? I kind of doubt it. It seems like the world would be a better place if we each had a slasher standing up from our long shadow.”

The slasher subgenre has conservative moralistic underpinnings — its medium is violent punishment after all, and many of its victims have been promiscuous women. “Slashers have conventionally considered women’s bodies to be disposable, just something to objectify and then throw away, which is why I wanted men to be the focus of the revenge here. They’re the ones being fed into the meat grinder this time. But some of the women associated with them do die, not because they committed some wrong, but because the trick is: when you’re writing a horror novel? If too many people live, then you fail. That’s why horror only rarely has sequels. Most everybody’s dead.”

The four friends are not innocent — they broke both tribal law and custom in killing the elk — but the slasher’s brutal punishment is a touch disproportionate. “The Only Good Indians” takes its title from an infamous statement by a 19th century American general: “The only good Indian is a dead Indian.” I asked Jones who the good Indians were, or if the whole idea of the “good Indian” was a trap.

“All the Indians are good Indians,” he answered. “All these people in this novel are wondering, ‘How can I be a good Indian?’ but there’s not a single way. It’s not about adopting the customs of 200 years ago or finding success on the other side of the fence. It’s not about meeting other people’s standards or cultural expectations, but about finding happiness on your own. There are seven million good ways to be a good Indian because that’s how many of us there are, and more every year.” He paused, then added, “Or I should say 6,999,999 because I don’t really count one of my cousins…”

For a guy who terrifies people for a living, Jones has a positively ebullient sense of humor, both on and off the page, and one might even accuse him of an optimistic worldview.

“Redemption narratives are my favorite,” he says. “I think a novel is a big long tunnel and there’s wrecked cars and zombies and all kinds of bad things in there. People ask why I write my novels so fast, and it’s because I don’t like being in the tunnel, I want to be back in the light. I kind of wish I could give myself license to just put that light on the page without having to crawl over all the cars and deal with these zombies, but that doesn’t seem to be the way I work, the way I conceptualize the world, so I have to struggle through the darkness.”

The latest novel from Los Angeles author Steph Cha is “Your House Will Pay.”

Border Crossings In March Hit Highest Level In Over A Decade 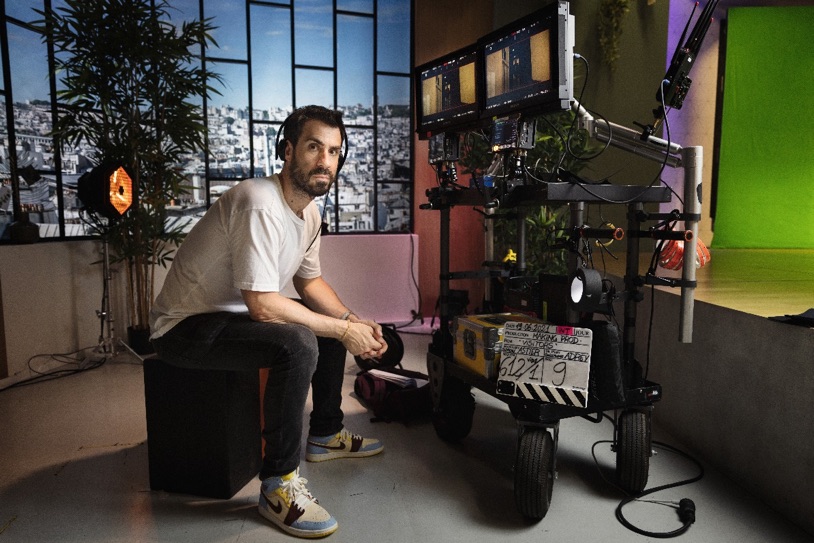 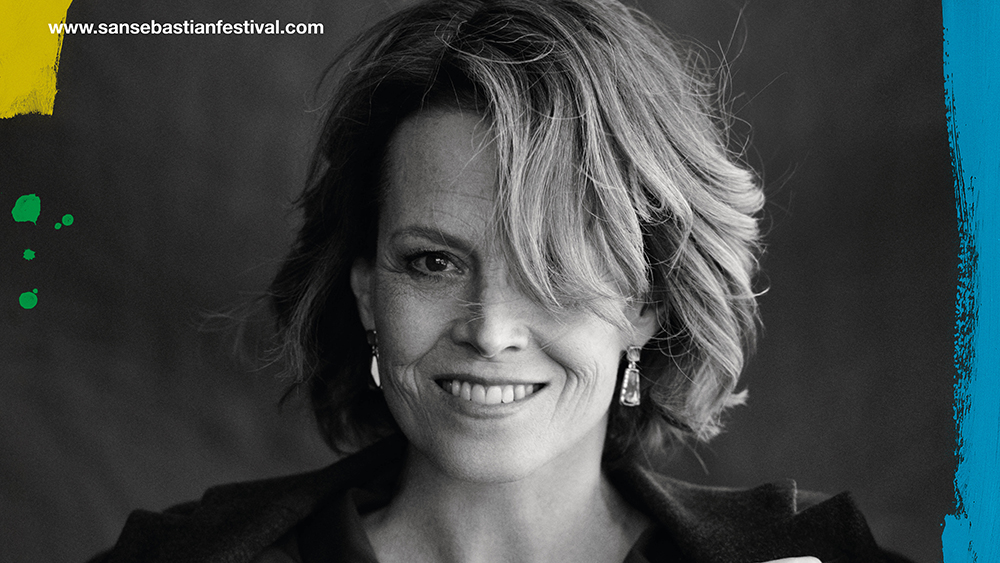 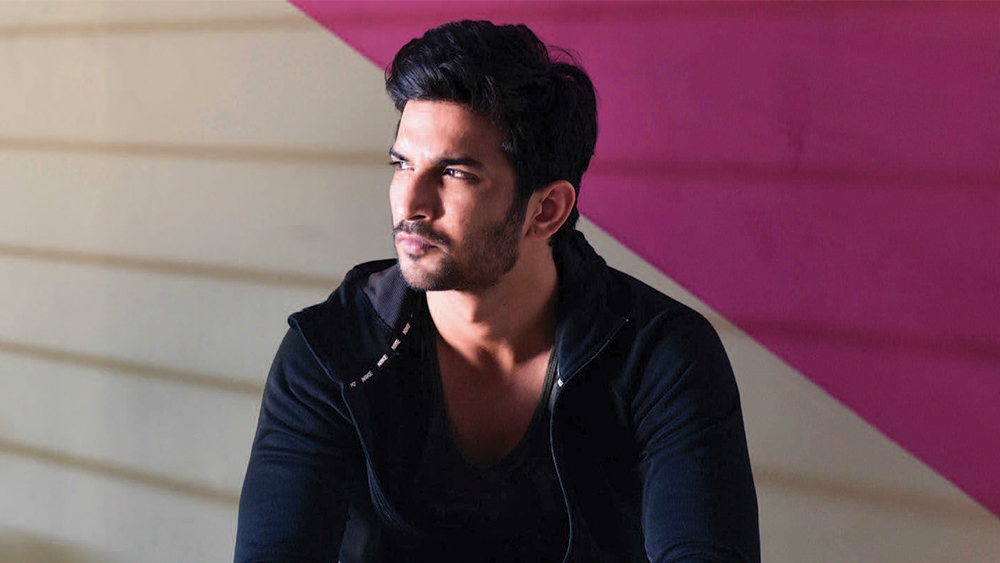 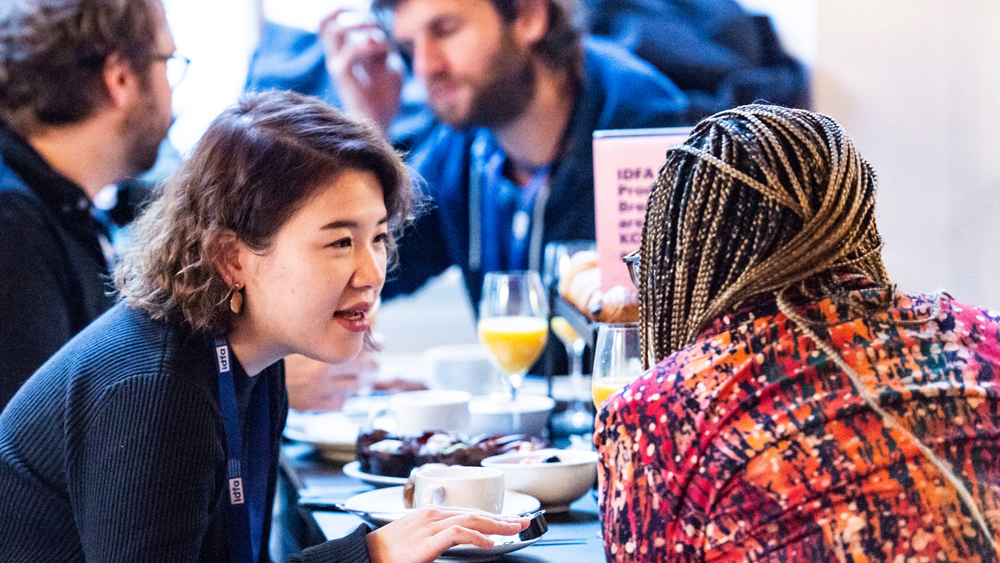 In Texas-Mexico Border Towns, COVID-19 Has Had an Unconscionably High Death Toll
19 mins ago

Can yoga heal trauma among Palestinians, Lebanese?
28 mins ago