News Americas, FORT LAUDERDALE, FL, Thurs. 29, 2021: The daughter of a Caribbean born, US-based deejay is still missing after Orlando police said the only suspect in her disappearance was found dead of apparent suicide.

Police in Orlando, Florida are still searching for 19-year-old Caribbean American Miya Marcano, the daughter of Giselle “The Wassi One” and Marlon Marcano, aka DJ Eternal Vibes, of Trinidad and South Florida, who went missing on Friday, September 24th.

According to reports, family members discovered her room in disarray with a broken necklace and blood on a pillow when they went to her apartment on Saturday morning.

The 19-year-old was set to fly to Fort Lauderdale on Friday evening, but never boarded her flight.

Police named Armando Manuel Caballero, a maintenance person at Arden Villas Apartments, where Marcano lived and worked, as a person of interest in her disappearance.

They said Caballero had shown a romantic interest in Marcano but was “repeatedly rebuffed” as she did not feel the same way. He reportedly entered Marcano’s apartment using a master key just minutes before she was last seen at the apartment complex.

A warrant had been issued for his arrest, but before he could be caught and questioned, his body was discovered in the garage of another apartment complex by maintenance workers at that complex.

Distraught family members are keeping hope alive for the teen’s safe return. In a social media post, Deejay Eternal Vibes, her father, said his heart was aching and he has not slept or eaten in days as he searched for his missing daughter.

“Your whole family is here looking for you. We will not stop until you’re back home. I’m slowly losing my mind over here. Never have we ever gone so long without even a text message to each other,” he posted. “If your able to read this message, please know that your Daddy and the entire world loves you. Please don’t lose faith. We will find you,” he posted.

The Orange County Sheriff’s Office in Florida is asking anyone with information to come forward. They said they are in the process of reviewing surveillance videos to try piece together what happened to Marcano, who was last seen in a red t-shirt, jeans and black hoodie. Anyone with information on Caballero or Miya should call OCSO at 407-836-4357 or Central Florida Crimeline at 800-423-8477. If you see Miya, call 911. In addition, you can reach out to her father, Marlon Marcano 954-638-1529.

Arkansas vs. Georgia: 3 bold predictions, including final score and winner

Criticism has pushed 'Instagram Kids' back to the drawing board

Building Brand Recognition As A Latin American Musician On Instagram: A Quick Guide 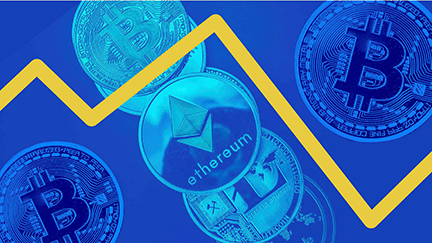 ‘Get your flu shot’: Experts warn of impending influenza wave amid COVID-19 – National | Globalnews.ca
4 weeks ago

Zendaya Throws Herself A Lavish 25th Birthday Party At A Beverly Hills Mansion That Cost $100K Per Night
September 1, 2021