There’s no question that the 99-year lifespan of Britain’s Prince Philip, the late husband of Queen Elizabeth, encompassed an extraordinary amount of world history. British Prime Minister Boris Johnson noted that Philip, who died Friday morning, was “one of the last surviving people in this country to have served in the Second World War.“

But what’s just as notable is the range of royal family drama he experienced. In his time, the family went from ceremonial appearances and tours by ocean liner to the Queen paying taxes and considering hiring a diversity officer for Buckingham Palace.

No one in that family was seen as more old school — rightly or wrongly — than Philip. He was a hunter, a tough father to Prince Charles and an occasional politically incorrect speaker in public. The BBC compiled an entire list of his gaffes upon Philip’s retirement from royal duty a few years ago.

When Prince Harry and Meghan Markle told Oprah in her revealing interview with them that someone in the royal family had pointedly asked Harry what their (biracial) children might look like, I immediately suspected Philip. It was a relief that Harry later told Oprah that neither Elizabeth nor Philip was the person who had speculated about skin color.

And regardless of Harry’s and Meghan’s well-publicized issues with the royal family they moved a continent away from, Harry should be on a plane to England for the funeral. Philip was his grandfather. Even as Harry rejects being a working royal, it’s his place in that family that has given him the public spotlight to do the things he wants to do now. Meghan should go as well, but considering that she’s probably in her last months of pregnancy, plane travel might not be feasible.

Much has been made of Philip chafing at being prince consort (the British royal equivalent of first gentleman) to his wife, the queen, but carrying on with the requisite empty chores dutifully, stiff upper lip and all. Elizabeth, who is nearly 95, and Philip were married for an astonishing 73 years, although he was suspected of having extramarital dalliances, as Kim Murphy notes in her fascinating obituary for the L.A. Times.

Philip hasn’t fared that well in depictions (fictionalized but with factual snippets) of the royals on TV and in the movies. In “The Queen” he was a stodgy, deer-stalking grump (played by the marvelous James Cromwell). “The Crown” on Netflix has portrayed him in the last few seasons as alternately philandering and devoted — and occasionally charming. In one of my favorite scenes from Season 4, Elizabeth tells Philip she was stunned that Prime Minister Margaret Thatcher called one of her children her favorite. Philip points out that Elizabeth has a favorite child. Elizabeth looks aghast and asks him which one. He smiles at her and stays mum.

As with all the members of the British royal family — at least the ones who don’t give interviews to Oprah — it’s hard to know who they really are beyond the tabloid reports and TV shows.

But Philip knew what he was getting into when he married then-Princess Elizabeth, a woman who would sooner or later (in their case, just several years hence) become queen. It was a life that required no more heavy lifting than unveiling plaques — and he knowingly joked about that.

He may have been credited with carrying on with as much grace as a man of his generation could, but you can’t help but think that in the coming generations of the royal family, it won’t be considered a hardship to support your wife in her job. If Princess Charlotte (one of Prince William’s and Kate Middleton’s three children) ever becomes queen, I would hope and expect that her husband — if she has one — will be as thrilled to be by her side or even walking behind her as Second Gentleman Doug Emhoff appears to be every time he walks into a room with his wife, Vice President Kamala Harris. 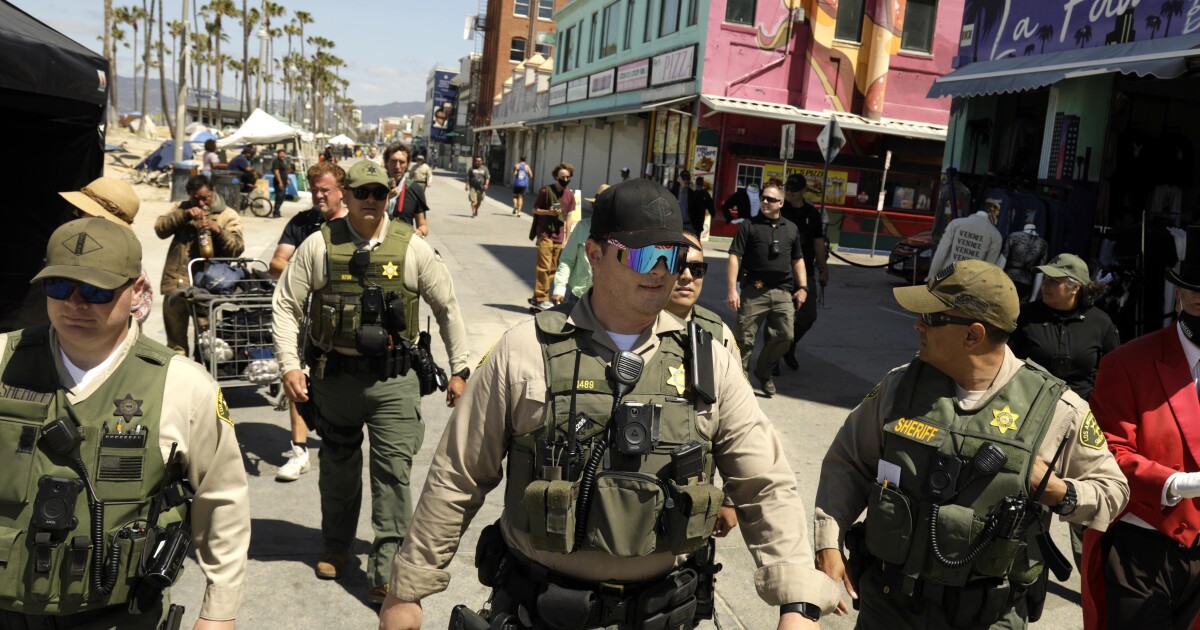 10 hours ago
Check Also
Close
Featured Posts
Analysis: How Joe Manchin speaks for a lot of Americans
16 mins ago

David Archuleta Says He Is Part of LGBTQIA+ Community, Opens Up About Finding ‘That Balance’ With Faith
20 mins ago