Sputnik’s successful launch in 1957 marked a milestone in human history as the first time a man-made object had ever orbited the Earth. But little we understood of the space-based SNAFU we were courting with the advent of satellite technology. In the 64 years since, our planet’s night skies have become increasingly congested. Today more than 3,000 satellites circle the Earth and they are joined by millions of pieces of space debris — such as bits of broken satellite, discarded rocket parts and flecks of spacecraft paint. NASA estimates that there’s around 6,000 tonnes of debris in Low Earth Orbit alone.

This orbital refuse doesn’t just create navigation hazards for astronauts, it also reflects sunlight down to the surface, interfering with ground-based telescope observations. A study recently accepted by Monthly Notices of the Royal Astronomical Society: Letters suggests that there is now nowhere on Earth free from the light pollution produced by overhead debris and satellites. Even more concerning, researchers expect the amount of debris in orbit to increase by an order of magnitude over the next decade as mega-constellations of internet-beaming mini-satellites, like SpaceX’s Starlink program, take off.

“Astronomers – and casual viewers of the night sky – must expect a future in which the low Earth orbit population includes tens of thousands of relatively large satellites,” Jonathan McDowell at the Harvard-Smithsonian Center for Astrophysics warned in a 2020 study. “The impacts will be significant for certain types of observation, certain observatories and at certain times of year.”

Until a couple years ago, humanity had launched fewer than 10,000 objects into orbit since the start of the Space Age. However, with the advent of low-cost commercial rocket launch technology — which has seen the price per pound of launching cargo fall from $24,800 during the Shuttle era to just $1,240 today — the rate at which we put satellites into orbit is set to increase exponentially.

In total, more than 18,000 satellites are expected to be launched into LEO by 2025 — roughly ten times the total number of satellites active in 2018. SpaceX alone has permission from the US government to launch 12,000 Starlinks into orbit (with plans to have as many as 42,000 of them), while Amazon’s Kuiper project is authorized to send up 3,236 satellites of its own in the coming years. Both of these programs seek to create an orbital network in Low Earth Orbit capable of providing high-bandwidth, low-latency internet connectivity accessible from anywhere on the planet. Though their intentions are noble, the unintended consequences of packing that many spacecraft into our skies could fundamentally change our view of the surrounding solar system.

“If the 100,000 or more LEOsats proposed by many companies and many governments are deployed, no combination of mitigations can fully avoid the impacts of the satellite trails on the science programs of current and planned ground-based optical-NIR astronomy facilities,” a 2020 report from the American Astronomical Society noted.

When the first 360 Starlinks were launched in May of 2019, for example, their presence in the night sky was immediately noticeable. Their highly reflective design made each mini-satellite about 99 percent brighter than surrounding objects during the five months it took them to chug up to their 550 km operating altitude. This effect was especially pronounced at sunrise and sunset when the Sun’s rays reflected off the satellites’ solar panels. SpaceX’s attempt to reduce that reflectivity using a “darkening treatment” in early 2020 proved only partially successful.

“We’re detecting roughly a 55 percent reduction in the reflective brightness of DarkSat compared to other Starlink satellites,” Jeremy Tregloan-Reed from Chile’s University of Antofagasta, noted in a 2020 study.

A celestial object’s brightness is measured along the scale of stellar magnitude — that is, the brighter an object is, the larger and more negative its corresponding rating will be. For example, the Sun is rated at -26.7 magnitude while the North Star is rated at +2. Any object rated above +6 is effectively invisible to the human eye, though survey telescopes and other sensitive observation systems can spot objects as dim as +8. According to Treglon-Reed’s study, the treated Starlink satellite exhibited a magnitude of +5.33 at its operating altitude, compared to +6.21 for an untreated satellite.

That’s better but not good enough, Treglon-Reed told Forbes last March. “It’s still way too bright,” he said. “More still needs to be done. The idea is to get these numbers out to the policymakers [and astronomical societies] who are in talks with SpaceX [and mega constellation companies] and then try and improve this further.”

The overall impact these satellites will have depends on a number of factors including the type of telescope being used, the time of day and season the observations are being made, and the height of the satellite constellation. Wide area surveys in both the visible and infrared spectrums (like those conducted by the Vera C. Rubin Observatory in Chile) are especially vulnerable to this interference, as are those conducted during twilight hours. And while constellations orbiting in LEO generally go dark once they pass into the Earth’s shadow, those in geosynchronous orbit at 750 miles and further — such as the short-lived OneWeb program — would “be visible all night during summer and significant fractions of the night during winter, fall and spring, and will have negative impacts on nearly all observational programs,” according to the AAS.

In response to the growing problem, astronomers from around the world, as part of the National Science Foundation’s SATCON-1 workshop last July, have assembled a list of potential corrective actions and policies. These include limiting constellations to a maximum altitude of 550 – 600 km, requiring individual satellites to have a stellar magnitude of +7 or higher, and sharing orbital information regarding these constellations with the research community so that astronomers can avoid those areas of the sky.

“SpaceX has shown that operators can reduce reflected sunlight through satellite body orientation, Sun shielding and surface darkening,” the SATCON-1 workshop found. “A joint effort to obtain higher accuracy public data on predicted locations of individual satellites (or ephemerides) could enable some pointing avoidance and mid-exposure shuttering during satellite passage.” Alternatively, operators could design their satellites to actively deorbit when they reach the end of their service life span — as Starlink’s satellites do — or they could just launch fewer constellations in general. Whether national or international regulators will actually adopt these recommendations remains to be seen.

But even if satellite operators do manage to turn down the brightness of their constellations, we are still faced with an increasingly dense orbital “graveyard” of broken satellites and overhead space junk. NASA’s Orbital Space Debris Office estimates that there are half a million marble-sized bits of junk zipping around LEO at 22,300 mph — fast enough to chip even the ISS’s heavily reinforced windows upon impact — and as many as 100 million pieces measuring a millimeter or less.

NASA became the first national space agency to develop a comprehensive space debris mitigation plan in 1995. Those guidelines were later adapted by the 10-nation Inter-Agency Space Debris Coordination Committee (IADC) and eventually adopted by the UN General Assembly in 2007. The US government also established its Orbital Debris Mitigation Standard Practices (ODMSP) in 2001, in a renewed effort to “limit the generation of new, long-lived debris by the control of debris released during normal operations, minimizing debris generated by accidental explosions, the selection of safe flight profile and operational configuration to minimize accidental collisions, and post-mission disposal of space structures.” Additionally, the Department of Defense operates the Space Surveillance Network, which is charged with cataloging and tracking objects between 0.12 and 4 inches in diameter using a combination of ground-based visual telescopes and radar arrays.

Tracking this debris is only the first step. A number of space agencies are in the process of developing systems to actively capture and dispose of orbital refuse. JAXA, for example, is considering a 2,300-yard long “electrodynamic tether” which, when deployed, would smash passing debris back towards the planet where it would burn up during atmospheric reentry. In 2018, a consortium led by the UK’s Surrey Space Centre successfully demonstrated its RemoveDebris device — essentially a huge space net designed to capture dead satellites and rogue spacejunk up to 10 meters in length.

Come 2025, the ESA hopes to launch its ClearSpace-1 mission wherein a four-pronged capture device will attempt to snatch space debris like an oversized claw game prize, then dispose of itself and its derelict bounty in the Earth’s atmosphere.

“Space debris is a global problem as it affects all nations,” Airbus mission systems engineer Xander Hall told CNN in 2018. “Each piece of junk in space is owned by the original operators and orbital debris is not addressed explicitly in current international law. An international effort must be made to claim ownership of the debris and help fund its safe removal.” 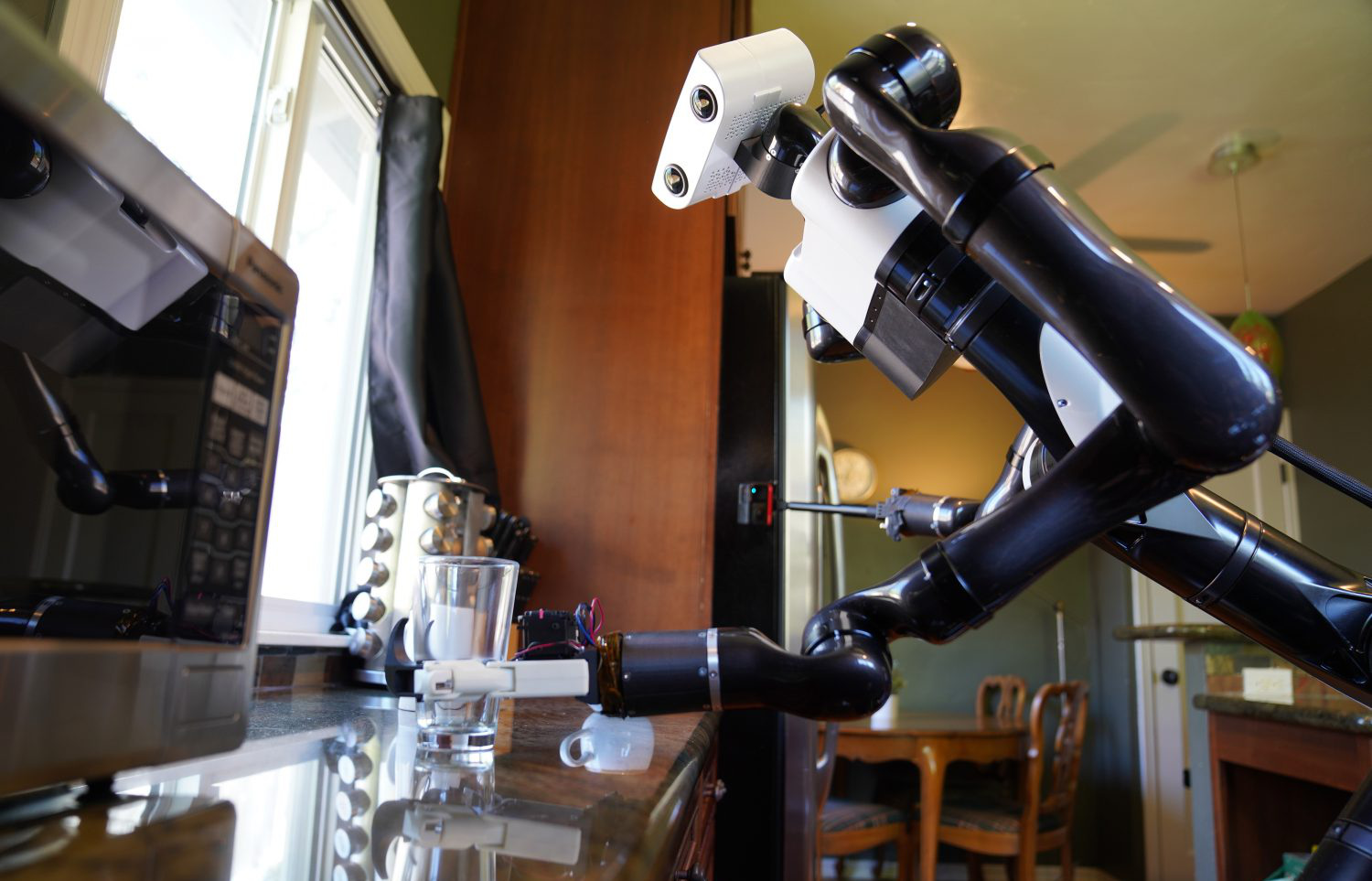 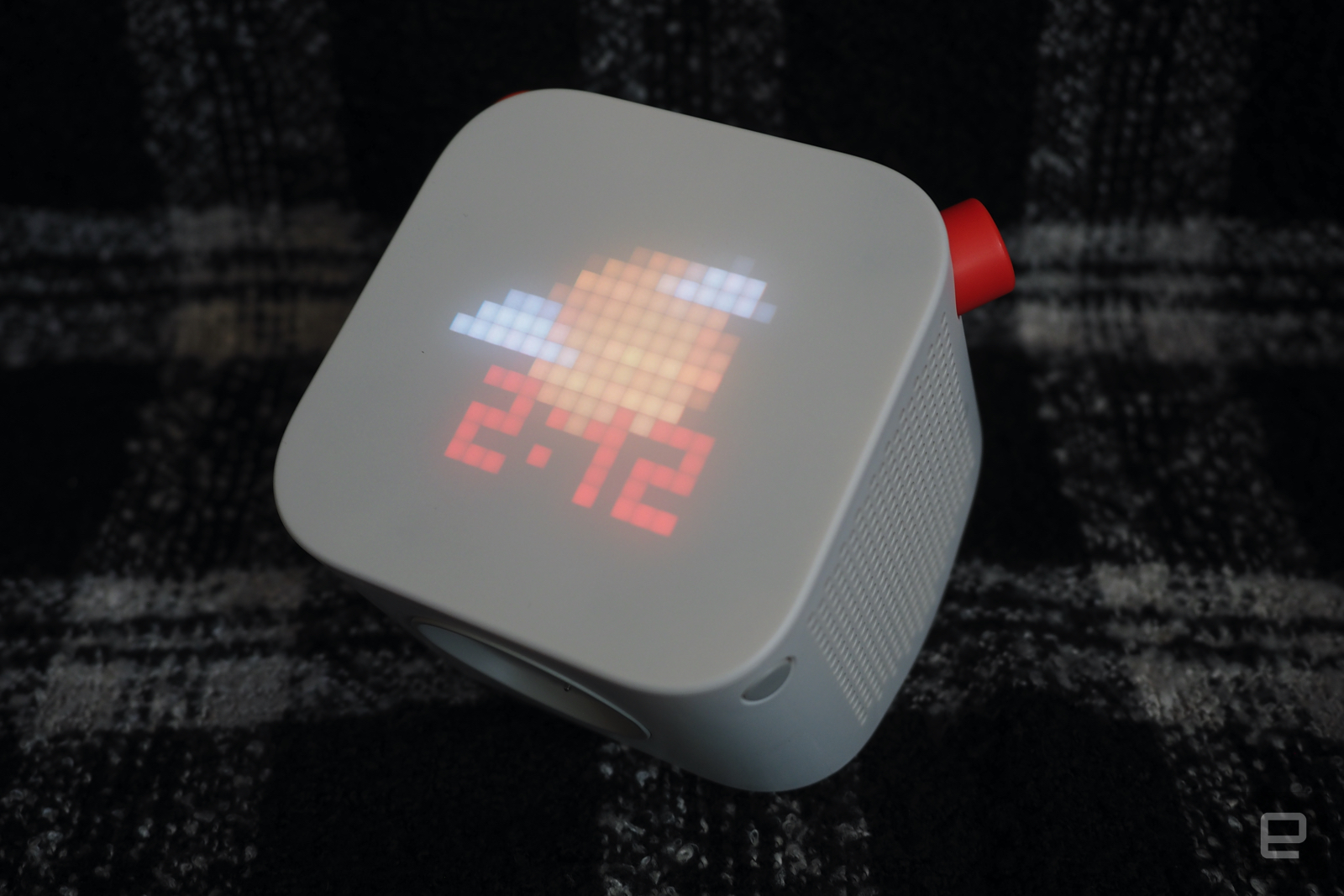 Cheat Codes of the Universe
17 mins ago