Here’s another way to look at them.

The support that family caregivers provide to others who work and study outside the home is quiet, mostly invisible and mostly by women. It also forms the bedrock of many people’s lives. It’s what allows them to leave the home to work and go to college and support their families and get ahead. Call it economic infrastructure, because that is what family care giving is. Our economy would collapse without it.

President Biden is embarking on once-in-a-generation legislation that will shore up our nation’s infrastructure. We’ve learned about the traditional infrastructure like roads, bridges and broadband. He will soon unveil his second package: supporting American families through essential care infrastructure — economic policies that let humans care for themselves and others. Policies that will enable women to continue working and caring for their families.
I have been surprised to see so many in the media, generally sympathetic to this legislative framework, refer to it as “social welfare.” Calling affordable childcare, universal preschool, paid leave and care-giving support “social welfare” means accepting the host of partisan-peddled connotations associated with welfare.

Using this as a frame draws a distinction — the word “infrastructure” connotes something solid, essential, distributed and in the public interest. But as we have all learned in the course of the last pandemic year, care infrastructure is just that: Caregivers are “rocks” and the solid foundation upon which the economy works. Without it, our families, our paychecks, our labor force participation, our workplaces all decline and we all suffer and collectively fall behind.

Indeed, “the invisible work,” so often undertaken by women, was stripped away this past year. And it wasn’t pretty. In huge numbers women faced impossible decisions: choose (temporarily if they were lucky) between family and job; they could not have both.
The stories and examples are myriad: A working mom fired because she was juggling caring for her children and doing her paid job; another one gives birth on a Tuesday and has to return to work on Monday or lose her family’s livelihood. Then there are the women of the sandwich generation, caring for aging parents with dementia or other infirmity, managing young children on virtual school and attempting to work full time from home.

The harsh truth is that for many caregivers, we do quit our jobs to care for new babies, the children now home from school, some indefinitely, the sick relatives… and ourselves. Millions of women have left the workforce because of it.

When this happens, our economy suffers. If women in America joined and remained in the workforce at the same rate as women in Norway, we would add $1.6 trillion to the economy, according to research published in 2017 by S&P Global. Paid leave and affordable, universal pre-K childcare would go a long way toward enabling similar participation rates. But as of 2020, just over 20% of civilian workers in America had access to any sort of paid family leave, according to the US Bureau of Labor Statistics.
The pandemic has only widened the divide between those who can afford private child care and those who cannot. As Americans, we have internalized the notion that taking care of people isn’t the business of government. We don’t think we deserve things like paid family and medical leave. Sure, maybe if you work for a big company in the right zip code with a generous employer you can get paid leave, but if you make $12 an hour at Burger King, you may well have to go back to work three days after having your baby or losing your mom to cancer. This is wrong.

Unfortunately, as Biden is trying to advance a holistic understanding on the issue, some deride for political gain the concept of family care giving as an infrastructure fundamental to the economy. Instead they aim to tarnish it with the “social welfare” tag.

The White House Communications Director, Kate Bedingfield, a working mother herself, has said unequivocally, “If they want to pick a fight about whether these things that are foundational to families’ ability to put food on the table and do their jobs are infrastructure or not, that is a fight we welcome.”

We are at an inflection point. A vision for 21st century infrastructure can include, this time, a workforce and an invisible group of laborers that hasn’t been acknowledged, paid or has lived in poverty for decades.

Let’s choose the right words for this life-changing legislation and stick to it: Caring for humans is essential infrastructure and the backbone of our economy. Neglect this infrastructure, everything collapses and crumbles. Invest in it, and you build a stronger society and economy that lifts everyone up. It is long overdue. Just ask women, they have been doing it for decades.

Alibaba is Fined $2.8 Billion By China in Monopolies Probe

'Wynonna Earp's' creator didn't know the end was near. So she wrote it like she did 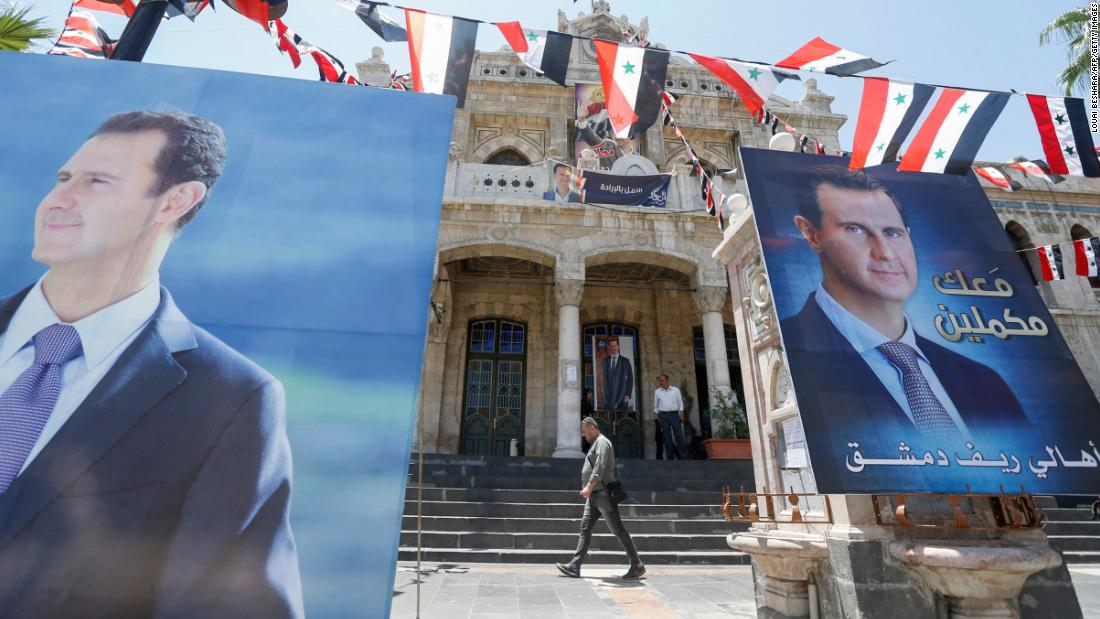 ‘No Man of God’ Review: Ted Bundy Is Played with Eerie Authenticity, but What Is There Left to Learn About Serial Killers?
42 mins ago