On April 11, 1865, President Abraham Lincoln delivered what would be his last speech from a window at the White House to the crowd below. They had gathered there expecting a celebratory speech on Confederate Gen. Robert E. Lee’s surrender to Ulysses S. Grant just two days earlier.

But that evening, Lincoln’s speech was about Reconstruction, readmitting Louisiana into the Union and a proposal for “giving the benefit of public schools equally to Black and White, and empowering the Legislature to confer the elective franchise upon the colored man.”

Plantation-owning elites, Southern Democrats and White supremacists, however, would not easily concede political power to those who had so recently been their slaves. That evening among the crowd of listeners was an enraged John Wilkes Booth, who would go on to assassinate the President just three days later at Ford’s Theatre.

For decades after Lincoln’s death, White supremacists would wage a war of intimidation, murder and massacre on anyone, Black or White, who dared covet a share of their power. Yet, Black people persisted.

And between 1865 and 1880, over 1,500 Black men took political office; most not for long, as their efforts were cut down by mobs of violent White men.

1868 Louisiana – African Americans participated in Constitutional Conventions like this across the South where delegates argued over Union demands, drew up new laws and elected new leadership.

1868 Louisiana – African Americans participated in Constitutional Conventions like this across the South where delegates argued over Union demands, drew up new laws and elected new leadership.

Oscar James Dunn was one of those determined men. He became the country’s first Black lieutenant governor in Louisiana in 1868 serving under Henry Clay Warmoth on the Republican ticket. Dunn’s first legislative address showed hope and restraint:

“As to myself and my people, we are not seeking social equality. That is a thing no law can govern,” said Dunn. “We simply ask to be allowed an equal chance in the race of life.”

1863-1923 – Tulsa was not an isolated incident; The Whitewashing of America

As the Civil War neared its end, Union General William Sherman had been convinced that newly emancipated slaves needed their own land to secure their freedom. He issued Special Field Order No. 15, setting aside 400,000 coastal acres of land for Black families and stating that, “…no white person whatever, unless military officers and soldiers detailed for duty, will be permitted to reside.” A provision was added later for mules.

In three months, the potential of Sherman’s order vanished with a single shot. That April, President Abraham Lincoln was assassinated, and in the fall President Andrew Johnson reversed Sherman’s order, allowing Confederate planters to regain the land. It demonstrated a ruthless appropriation that would be repeated for decades to come.

“We estimate that there were upwards of 100 massacres that took place between the end of the Civil War and the 1940s,” says William Darity Jr., a Duke University economist who co-authored “From Here to Equality: Reparations for Black Americans in the Twenty-First Century,” with writer and folklorist A. Kirsten Mullen. “And they take place North and South, East and West.”

We looked back through research and news clippings, paying particular attention to around 50 racially charged incidents between 1863 and 1923 when people of color lost property or economic opportunity. The events highlighted here reveal how acts of racial violence of different scope played out across the country and targeted various ethnicities. Historians then helped us examine how and why they had occurred and where we still see the impact today…

In March 1955, the 15-year-old was arrested for refusing to give up her seat to a White person on a bus in Montgomery, Alabama.

The teenager and others challenged the law in court. But civil rights leaders, pointing to circumstances in Colvin’s personal life, thought that Parks would be the better representative of the movement.

“People said I was crazy,” Colvin recently told CNN’s Abby Phillip. “Because I was 15 years old and defiant and shouting, ‘It’s my constitutional right!’ “

1968 – 53 years ago a government report about racism shook America

In 1968, President Lyndon B. Johnson’s National Advisory Commission on Civil Disorders — better known as the Kerner Commission — put out a report that attempted to address systemic racism in the US, including police violence against Black people.

A Michigan State police officer searches a youth on Detroit’s 12th Street where looting took place in the 1960s.

A Michigan State police officer searches a youth on Detroit’s 12th Street where looting took place in the 1960s.

The report stated that racism was a major cause of economic and social inequality for Black people and that it was moving the nation toward two societies: “One Black, one White, separate and unequal.” That, coupled with the brutal police treatment of people of color and poverty, helped spark the race riots of the 1960s.

More than 50 years after the report, Harris, historians and policy experts tell CNN that change will only come when the people have the will and the government is truly honest about what must be done politically, socially and economically to address racial inequality.

Jelani Cobb, historian and co-editor of “The Essential Kerner Commission Report,” tells CNN that people and institutions already know what the problem is and that the only action that needs to be taken now is actually following the recommendations of the commission, and pay the price that comes with it.

“The actions are laid out, you really don’t need more recommendations,” Cobb said. “The fundamental observations (of the commission) have never been acted on.”

When she first learned about race correction, Naomi Nkinsi was one of five Black medical students in her class at the University of Washington.

Nkinsi remembers the professor talking about an equation doctors use to measure kidney function. The professor said eGFR equations adjust for several variables, including the patient’s age, sex and race. When it comes to race, doctors have only two options: Black or “Other.”

“It was really shocking to me,” says Nkinsi, now a third-year medical and masters of public health student, “to come into school and see that not only is there interpersonal racism between patients and physicians … there’s actually racism built into the very algorithms that we use.”

At the heart of a controversy brewing in America’s hospitals is a simple belief, medical students say: Math shouldn’t be racist.

The argument over race correction has raised questions about the scientific data doctors rely on to treat people of color. It’s attracted the attention of Congress and led to a big lawsuit against the NFL.

What happens next could affect how millions of Americans are treated… 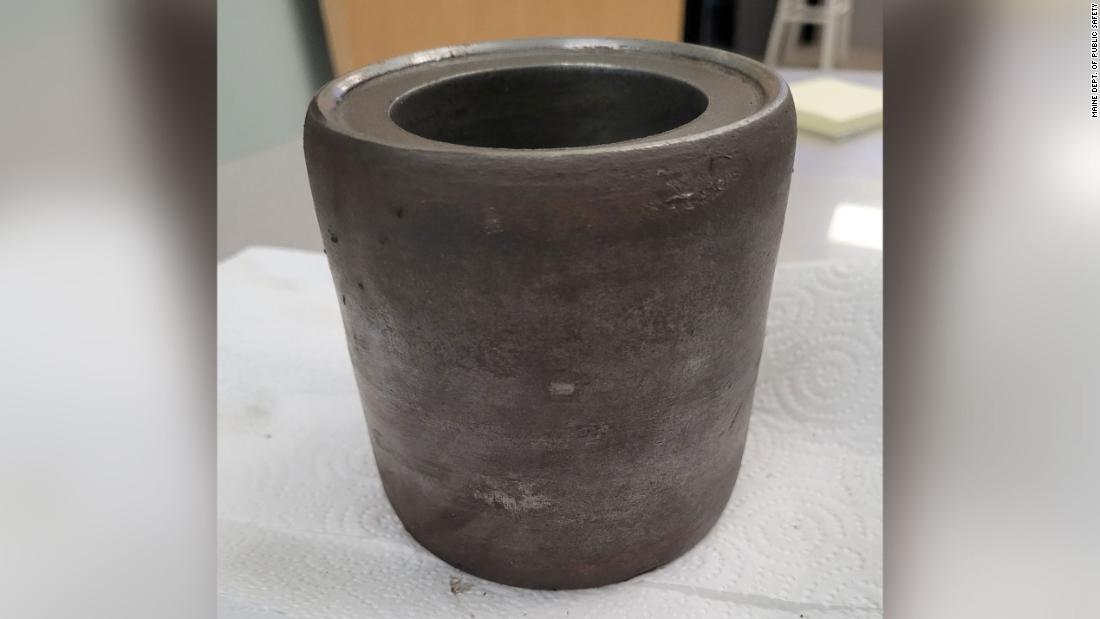 A large metal object fell from the sky near the Maine State Capitol, narrowly missing a person walking outside