Here’s what we know about the two men killed and the sole survivor of the shootings.

On the night of August 25, 2020, Kenosha’s streets were filled with crowds protesting the police shooting of Jacob Blake, who was shot seven times in the back and side by a Kenosha police officer who said he was trying to detain him.

During those demonstrations, Rittenhouse clashed with a crowd gathered near a car dealership and Rosenbaum, who did not have a firearm, threw an object that appeared to be a plastic bag at him and missed, according to a criminal complaint filed last year.

Kariann Swart, Rosenbaum’s fiancée, testified they were both homeless when they met in 2019 and were living in a motel at the time Rosenbaum was killed.

“We just spent a lot of time talking, getting to know one another, and laughing and joking around. He was a very animated person like that,” she said.

She said Rosenbaum was on an antidepressant and medication she said was used to treat his bipolar disorder.

Several clips played during the trial captured Rosenbaum briefly chasing Rittenhouse in a Car Source dealership before Rittenhouse fired four shots at him. Kenosha Police Detective Martin Howard testified one of the videos showed Rosenbaum hiding as Rittenhouse approached the lot and then Rosenbaum beginning to follow him.

Rosenbaum and Rittenhouse moved across the parking lot and appeared to be close to each other when loud bangs were suddenly heard and Rosenbaum fell to the ground, the complaint said. Dr. Douglas Kelley with the Milwaukee County Medical Examiner’s Office testified Rittenhouse shot Rosenbaum four times — twice in the front, once in the back and once along the side of his head, and determined the fatal shot to his back came as his body leaned forward.

As Rosenbaum lay on the ground, Rittenhouse made a call on his cellphone and said, “I just killed somebody” as he ran away, the complaint alleged.

Defense attorney Mark Richards argued in court Rittenhouse feared for his life when he fatally shot Rosenbaum, describing Rosenbaum as the aggressor. But prosecutor Thomas Binger said during closing arguments Rittenhouse provoked the shooting by pointing his weapon at Rosenbaum and should have continued to run away instead of shooting.

“When the defendant provokes this incident, he loses the right to self-defense,” Binger said.” You cannot claim self-defense against a danger you create.”

Rittenhouse testified he knew Rosenbaum was unarmed when he ran at the teenager and said he pointed his rifle at Rosenbaum in an attempt to deter him, adding he knew pointing a rifle at someone is dangerous.

Rosenbaum had spent more than a decade in prison in Arizona after being convicted of sexual conduct with a minor.

“He wasn’t down there as a rioter or a looter,” Rosenbaum’s fiancée previously told the Post in reference to August 25. “Why was he there? I have no answer. I ask myself that question every day.”

A verified GoFundMe page said Rosenbaum had a daughter.

Huber, who was in the crowd of protesters with his girlfriend, was killed as Rittenhouse fled the scene of Rosenbaum’s shooting, according to the complaint. Huber had turned 26 just four days earlier, according to an obituary.
Huber spotted the armed man in the crowded street and he ran toward danger, his girlfriend, Hannah Gittings, told CNN in an interview last year.

“He pushed me out of the way and ran off. I tried to grab him,” Hannah Gittings said.

Videos from the scene show Rittenhouse carrying an AR-15-style rifle, walking the city’s streets with a group of armed men. Gittings told CNN her boyfriend launched at the armed individual to protect her and other people nearby.

Huber appeared to reach for Rittenhouse’s gun with his hand while holding his skateboard in the other, the criminal complaint said. As Huber tried to grab the gun, Rittenhouse pointed it at his body and fired one round, according to the complaint. Huber was seen staggering away and then fell to the ground, the complaint said. He died from his gunshot wound.

During his testimony, Rittenhouse said Huber was “holding a skateboard like a baseball bat,” which he swung down, hitting Rittenhouse in the neck. Richards, the defense attorney, said before Rittenhouse shot Huber, the shooting victim “strikes him in the head” and is going for a “second lick,” adding Huber’s “other hand goes for the gun” in Rittenhouse’s hand.

DNA analyst Amber Rasmussen testified Huber’s DNA was not found on Rittenhouse’s firearm but said it was still possible he touched out.

Huber was “completely indescribable” and stood by his beliefs and convictions, Gittings, his girlfriend, said last year.

“He was an incredibly intelligent person, literally the smartest person I’ve ever met,” Gittings said. “He knew exactly what was at risk for him chasing down somebody with a weapon.”

Huber was born and raised in Kenosha, said Anand Swaminathan, an attorney for his family.

“He loved Kenosha,” Swaminathan said. “In the years leading up to this event he was making a good life and he was having fun and he was happy and he was trying to do the most he could with himself.”

Huber struggled with mental health challenges when he was younger and skateboarding was among the things that brought him the most joy. He had found a community of people in Kenosha who shared the same passion, the attorney added.

People who talk about Huber talk about “a kid who wanted to help people,” the attorney added.

“His family feels like that nature in him is part of why he took the actions he did that night, he wanted to help, he wanted to stop this person,” he said.

This week, Binger, with the prosecution, asked the jury to consider Rittenhouse’s true motivations and to contrast the teen’s behavior with Huber’s behavior.

“A man who was there because he knew Jacob Blake, who carried his skateboard everywhere, and who rushed towards danger to save other people’s lives,” Binger said, referring to Huber.

Huber’s father filed a federal lawsuit in August 2021 accusing Kenosha authorities of deputizing the armed people who were patrolling the streets and conspiring with them, alleging their actions “directly caused” Huber’s death and were a “license for the armed individuals to wreak havoc and inflict injury.” CNN reached out to Kenosha police, the city of Kenosha and a representative of the county. The Kenosha County Sheriff’s Department declined to comment.

Rittenhouse shot and injured Grosskreutz, who approached him shortly after Huber was shot, the criminal complaint alleged.

Grosskreutz testified he was at the protest to provide medical care, and had packed his medical supplies, including a tourniquet and gauze, as well as his handgun, as he routinely did at other demonstrations.

He testified that on the night of the shootings, he believed Rittenhouse was an active shooter, saying “people were pointing out the defendant, saying he had just shot somebody, that he’s trying to get away.” At some point, Grosskreutz testified, he drew his pistol.

During cross-examination by Rittenhouse’s attorney, Grosskreutz said his handgun was pointing at Rittenhouse during the shooting. On redirect questioning by the prosecution, he clarified he never intentionally pointed his gun at Rittenhouse.

He said he saw Rittenhouse fire at Huber and then moved toward Rittenhouse, telling jurors his hands were up, holding his own gun and phone. Grosskreutz said he “thought there was a high likelihood that I would be shot myself.” Richards, the defense attorney, argued Grosskreutz should have “retreated” and not confronted Rittenhouse.

This week, Binger, the prosecutor, showed Grosskreutz’s shooting frame-by-frame which shows him appear to retreat before Rittenhouse is seen aiming his gun at him from two to three feet away. Once Grosskreutz was shot, the bullet severing his bicep, his arm lowered in an involuntary action, the prosecutor said.

“At this point, yeah, absolutely. That right arm is probably dangling down towards the defendant,” Binger said. “It’s not going to be able to pull that trigger without a working bicep muscle, and it’s not a voluntary thing. It’s done because the defendant just blew his arm off.”

Grosskreutz was wearing his “paramedic” hat that night. He said his goal during the protest was to provide medical care to anyone who needed it. He had trained as a paramedic before deciding to attend a liberal arts college in Wisconsin.

“While my work as a paramedic was important to the community I felt it was reactive: somebody gets shot, somebody overdoses,” Grosskreutz told CNN’s Sara Sidner in a September 2020 interview. “I wanted to further my understanding of the world and further educate myself and then be on the proactive side. Stop people from getting shot, stop people from overdosing.”

Since the shooting, he told CNN he had to undergo several surgeries and treatments.

“I’m missing 90% of my bicep,” he said last year. “This has not been easy emotionally, physically. I’m in constant pain, like excruciating pain that just doesn’t go away — both in my arm, in my heart.”

In October, Grosskreutz also sued the city and county of Kenosha and many of its officers alleging “Kenosha law enforcement officers and white nationalist militia persons discussed and coordinated strategy” that led to the shooting. The lawsuit said Grosskreutz had a tourniquet in his medic bag the night he was shot, adding “but for his training as an EMT, Grosskreutz would have likely been Rittenhouse’s third killing.”

CNN reached out to the former police chief, the city of Kenosha and its police department. An attorney representing the Kenosha County sheriff and the county said they plan to file a motion dismissing the case.

Red Sox interested in Javy Baez: How much would he cost, and where would he play?

The 'Bulletproof Weight Loss System™' - The Weight You Lose Will Never Return. You Don’t Have To Miss Your Favorite Meals. No More Starvation, No More Struggling, No More Re-Gaining Weight (Yo-Yo Effect), No More Several Weeks Of Strict Diet And Training Plan. 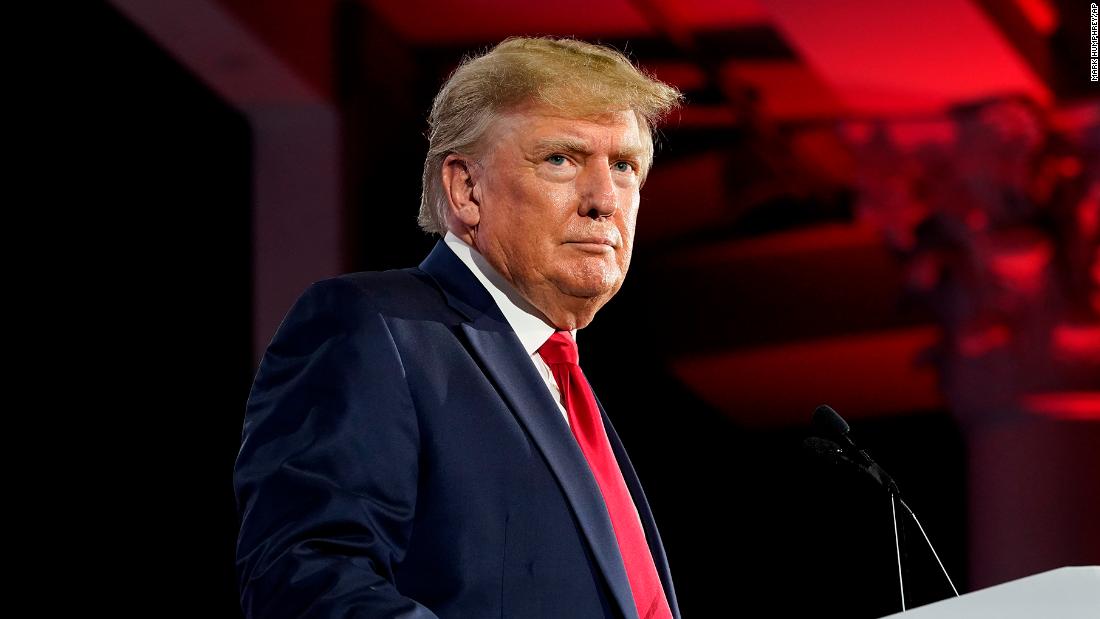 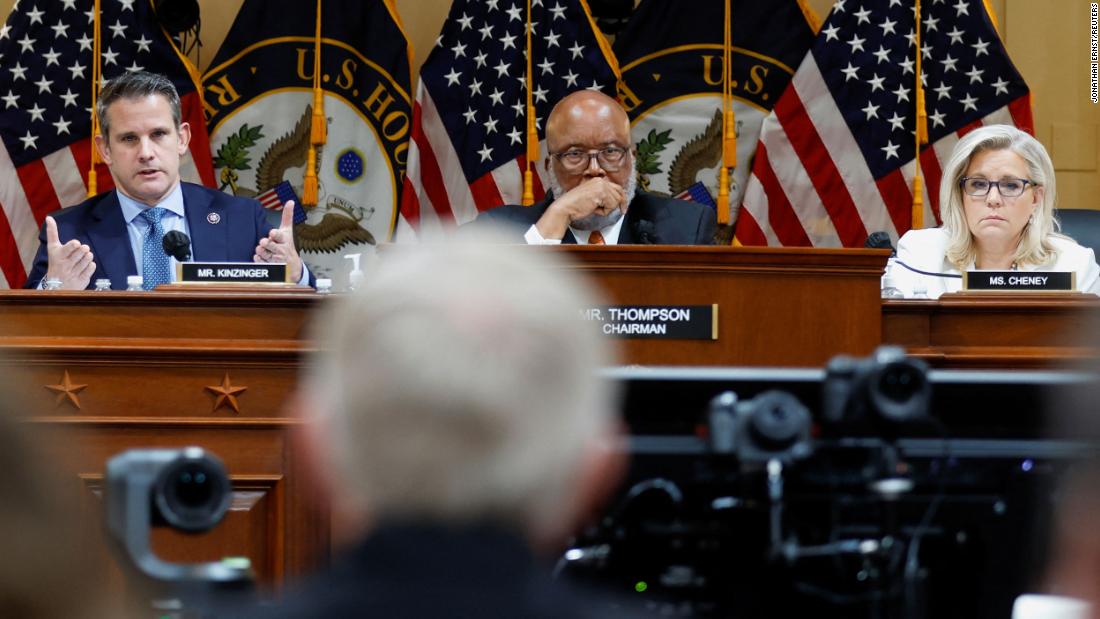 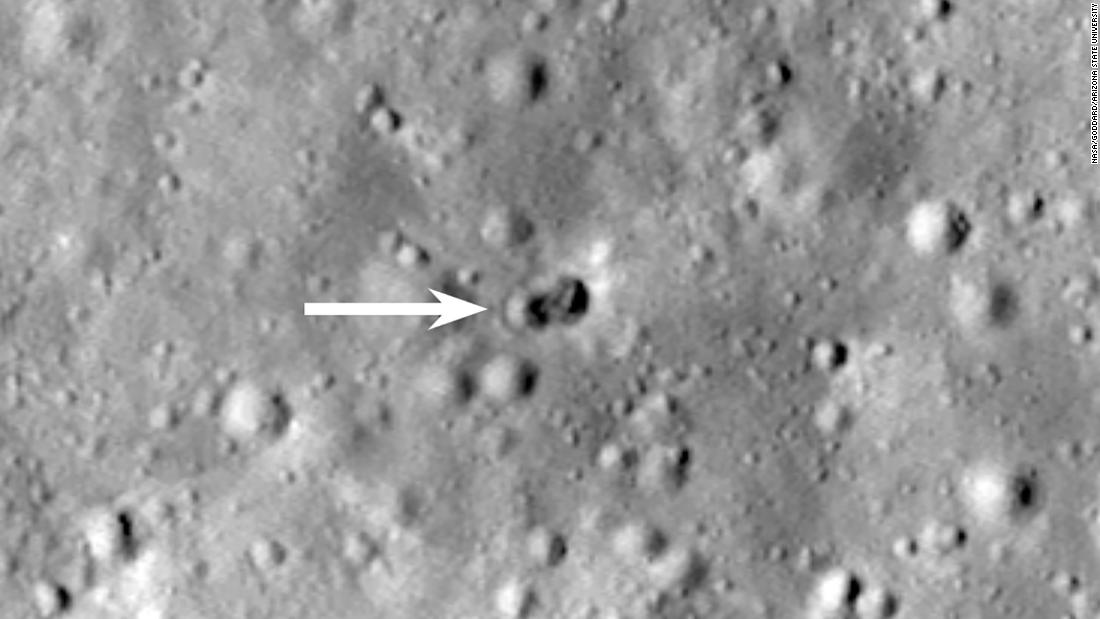 The simplest way to post to all your social media accounts at once
December 16, 2021