Democrats have increasingly floated the possibility of reforming or ending the filibuster — a method of obstruction that requires a supermajority, or 60 votes, to end debate and move to an actual vote. Reforms could make it more difficult and costly for Senators to use the filibuster, while doing away with it would allow Democrats, who currently control both Congress and the White House, to enact Biden’s agenda with a simple majority vote without the help of Republicans.

On Wednesday, however, Manchin made his thoughts clear in an op-ed in the Washington Post by writing, “There is no circumstance in which I will vote to eliminate or weaken the filibuster.” He expressed alarm at the use of the budget reconciliation process — which allowed the American Rescue Plan to pass with no GOP votes — and urged both Democrats and Republicans to find compromise. He told Axios that he will block the infrastructure plan if the administration doesn’t involve Republicans in the negotiations, insisting that bipartisan support is possible.

With a 50-50 split in the Senate and Vice President Kamala Harris’ tiebreaking vote, Democrats can’t afford to lose Manchin’s vote. Both he and Sen. Kyrsten Sinema, who represents the swing state of Arizona, have immense influence as a result of the party’s slim majority. And if Manchin follows through on his threats, he could easily short-circuit the policy accomplishments that would define the Biden presidency.

Political convention assumes the only way that Manchin can keep his seat in West Virginia — a state where former President Donald Trump won by more than 38 points in both 2016 and 2020 — is to play the role of the centrist. When many Democrats are clamoring for legislation that would diminish the role of fossil fuels, for instance, he has defended the industry (West Virginia is the second largest coal producer in the nation). When an increasing number of Democrats, including former President Barack Obama, are openly calling for eliminating or radically reforming the filibuster, Manchin is setting himself apart by upholding the traditions of the upper chamber in the name of deliberation and bipartisanship.
But Biden can’t afford to craft his agenda around Manchin. Doing so would be akin to repeating the mistakes Obama made when he continued to search for Republican support on issues like the economic stimulus and health care by trimming his sails, negotiating with himself and putting forth weakened legislation that was ultimately rejected by the vast majority of Republicans anyway.

The challenge of getting Manchin to support the party’s legislative objectives will fall largely on Biden’s shoulders. Among the most daunting tasks for any President is to use the leverage of the White House to persuade hesitant senators to stake out positions that are good for the health of the nation and the party — even if it subjects them to political risk.

Manchin needs to understand that part of the responsibility of great leaders is to guide their constituents toward important goals and not just follow their existing preferences. Some of the legislators we remember best are those who took bold stands and used their power to persuade constituents that their decision was the right one. Senate Minority Leader Everett Dirksen, a conservative Republican from Illinois, helped provide the votes necessary to end the weeks-long filibuster against the Civil Rights Act of 1964, making a moral case that the time had come for the legislation.

Manchin can’t force the Democrats to make decisions based on illusory goals of bipartisanship with a Republican Party that shows little sign it is willing to compromise or engage in meaningful negotiation. How can Biden achieve a bipartisan agreement on voting reform, as Manchin suggests in his piece, with an opposition party that still clings to the false claim that there was massive voting fraud in the 2020 presidential election? The idea that Biden should include Republican Minority Leader Mitch McConnell in legislative negotiations and that Democrats should substantially redesign bills around GOP demands is simply foolhardy.

Biden seems to have learned this lesson as vice president, which is likely why he agreed to use the reconciliation process to ensure the country would get the Covid-19 relief package it needed. If the President listens to Manchin, he risks angering a huge portion of the electorate, all for the sake of the elusive possibility of winning over Republicans who have little reason to cross party lines.

Trying to win bipartisan support also means putting forth legislation that would fail to meet the moment and provide Americans with what they need. For too long, Congress has failed to take decisive action on climate change, gun control and voting rights; these are not radical demands but issues that enjoy broad support.

If Biden tries to appease Manchin, he could easily end up with few substantive accomplishments to speak of. When voters sit down to make their decisions in the 2022 midterms and the 2024 presidential election, they will be asking what Biden did for the country — not what he did to try to win Senate Republican votes. If Manchin insists on withholding his vote for the sake of bipartisanship, then Biden and the Democrats must focus on exerting pressure back on Manchin — either with the threat of a primary challenge or incessant grassroots opposition — to prompt him to think differently about what the “safest” political path might be.

Manchin must also remember that his position of power is not simply the product of his personal success in West Virginia — it is built on the accomplishments of the Democratic Party, which worked hard to regain its standing during the Obama years.

Elected in 2010, Manchin benefited from the hard work that Democrats undertook to strengthen the party and build a platform around the promise of finally addressing issues that have languished for years. If Manchin decides to stifle that progress, he will inevitably hurt the standing of the party he has benefited from in his rise to power. He will make it impossible for Democrats to deliver on their promises at a time when they control both the legislative and executive branches of government. If the party leadership turns on Manchin for obstructing their progress, he should remember that they too have the ability to squeeze his influence.

One of the lessons Democrats often forget is that political parties must act from a position of strength. The most effective Presidents are those who put forth bold policy ideas and follow through by translating those ideas into law. Doing so requires taking political risks and embracing the challenges of political leadership, which often means persuading supporters to get on board rather than simply doing what is safe.

As Democrats tackle voting rights and infrastructure, they face a critical turning point — with Manchin posing a huge political hurdle. Biden and Senate Majority Leader Chuck Schumer must remember that their party is bigger than one lone senator.

The odds are Democrats will face dire outcomes in the 2022 midterm elections; their best bet going forward is to put together a robust legislative record that tackles the pandemic and makes a tangible difference in people’s lives. Protecting the filibuster won’t matter much when state-level voting restrictions could undercut Democratic votes and hand Republican victories.

At a minimum, Democrats need to pressure Manchin into supporting a carve-out of the filibuster to grant an exception for the voting rights bill, as Georgia’s 2018 gubernatorial candidate Stacey Abrams has suggested.

The clock is ticking. Democrats need to solve their Manchin problem before it’s too late.

China’s Douban Censors the Oscars From Its Platform 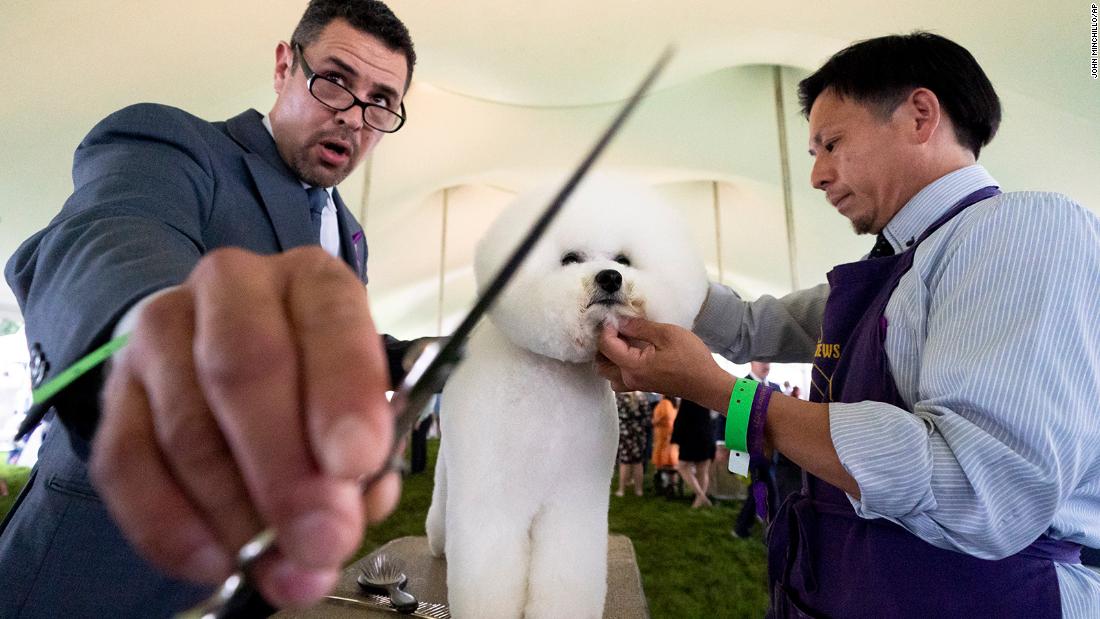 ‘No Man of God’ Review: Ted Bundy Is Played with Eerie Authenticity, but What Is There Left to Learn About Serial Killers?
56 mins ago